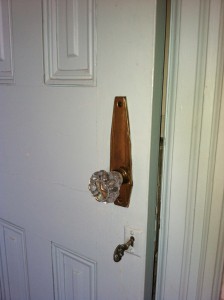 I recently received an exit interview from a professional art therapy organization that I had stopped participating in. I had not intended to leave, but simply failed to renew my membership. They wanted to know if they had represented me well. I have hesitated to respond, as on reflection, my feelings are entirely mixed and a simple response is not easily come by.

I have utter faith in the value of art within the psychotherapeutic process, as I understand it to be the intrinsic mode of the expression of psychological reality. Though I respect my fellow practitioners that are art therapists, I perceive a perspective emerging in the field that I see as an erosion of the potential of the modality and I find that difficult to embrace. I am willing to hear that the field is “evolving”. I have been evolving as well, and the direction of that evolution has been decidedly towards greater understanding of the nature, role, and function, of both psychotherapy as a healing ritual, and art, image, and creative process as expressive functions of the human psyche and therefore, of psychological reality. Perhaps we are evolving apart.

Following the phenomena in front of me, meaning, carefully tending to what is occurring within the psychotherapy process itself, as expressed through the images that frame, organize, and mediate, that process. It is impossible for me to conclude that extrinsic means of verification have much, if anything, to add. The depth of “intelligence” unveiled through imagery, arising within the immediate context of the therapeutic setting, exceeds the sophistication of any accumulation of statistical studies and is, by far more “articulate” and precise. Psychotherapeutic process is not a function of an accumulation of information. Were that the case, an undeniable trend would be observed clearly demonstrating that the effectiveness of psychotherapy generally increases with each new addition to the pile of scholarly articles. Does evidence of such a demonstration exist?

It would be my hope to feel excitement for a field that seeks to promote a mode of psychological involvement that clearly deserves and warrants such promotion. Art, as a modality of psychotherapeutic involvement is indeed worthy of that, even a necessity, if we are actually psychological in our approach. But while I understand and respect that approaches within a discipline differ, and that other disciplines come into play within a given field, I cannot concur with what appears as a shift away from the essential nature and function of the modality itself in the process of psychotherapy. From my perspective, that is to unwittingly seek a reduction of its value and its potential. Such a trend leads me to question if either, the intrinsic nature of that mode is actually understood, or, if other issues are occluding our ability to focus on what we mean by “art psychotherapy”.

Over time, it has become quite difficult for me to not conclude that art, in all of its forms, corresponds to the nature of the psychological, far more succinctly and accurately than the physical sciences ever will. That position requires an involved explanation, but it is by no means an ambiguous one. It involves multiple disciplines, including science, but also history, and philosophy, as well as others. Searching into this theme leads only into deeper verification, corroboration through multiple disciplines, and verification through grounding in direct experience.

The physical sciences do indeed play a role in our work, but it is decidedly not a defining one. The history of the field of psychotherapy, and consequently psychology, is telling. The operant themes presiding over the development of the practice, and ostensibly its “improvement”, have resulted in a re-casting their subject into term that render it amenable to quantitative analysis. That is not because the phenomenal life of the psyche is quantitative in nature, but rather because such means conform to the needs of a societal impetus. As such, what we have been dealing with is far less science itself, than its social influence. What was actually achieved is a re-casting of the image of the human psyche, and hence psychology, as a factor within a “scientistic” myth, or a particular philosophy of mind. But such a myth within the psychotherapeutic process itself is actually only a potential ingredient, one cohering notion out of many possibilities, existing within it, rather than a defining it, except for those for whom science as myth defines the extent of their potentially operating world-view.

The phenomenology of the human psyche exceeds the confines of any single world-view and extends itself to many others as well. In fact, by definition of being truly psychological, it must engage the world-view, or organizing logic, as it is expressed by the individual, through the sum total of their expressive abilities as these are naturally brought to bear, and not simply through reason or quantity alone. The psychological explorer is not, therefore, a colonizer of the human psyche, but rather a disciplined observer within whose awareness the intrinsic logic of psychological reality takes shape. Epistemologically speaking, and it is an epistemological issue and not a scientific one, such a means are an affair of the emergence of an image, and an observing consciousness capable of meeting it, much more so than the application of a pre-existing, stable, but indifferent fact. Art, as a mode, unveils a logic that corresponds to it, one irreducible to any other mode. It is entirely different from that unveiled by division and measure which have no means for the authentication of its findings.

In continuing installments, I will be articulating the position that it is actually image, rather than quantification, that frames and conveys psychological reality. In a society whose philosophic basis is excessively invested in measure and fixity, the mode through which we could actually understand the logic of the human psyche, a phenomenon that is neither fixed, nor certain, but individual, and creative, becomes diminished. What can it mean to abdicate the latter by folding it into the former?